Technology stocks experienced a sharp burst of volatility in June 2017. Stocks in the S&P 500 Information Technology sector fell 3.7% during the week ending June 16, even though the performance of the broader S&P 500 index was relatively flat.1 On June 19, S&P tech stocks rebounded 1.7% in a single trading session.2

What caused these sudden shifts in investor confidence in the tech sector? It may reflect too much of a good thing. A concentrated group of massive tech companies has led the S&P 500 to a 9.6% gain in 2017 (through June 19).3 Some Wall Street analysts had expressed concerns about the disproportionate market returns and high valuations of well-known technology shares prior to the sell-off, which might have sparked investor jitters.4

Overall, the sector’s corporate earnings are still growing relatively quickly. Companies in the S&P 500 Information Technology sector are expected to report earnings growth of 9.4% year-over-year in the second quarter.5 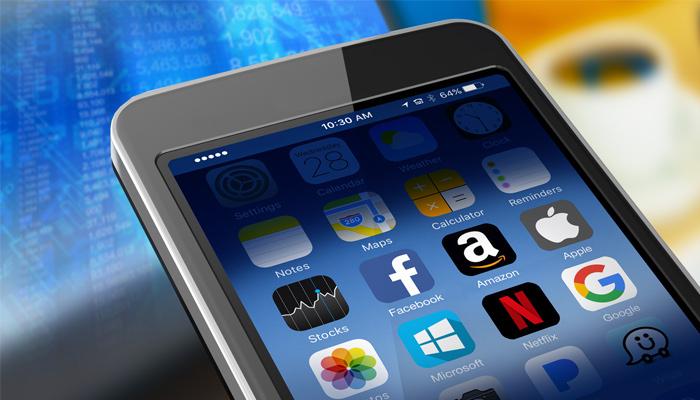 Wall Street analysts and the business media often refer to well-known tech giants Facebook, Apple, Amazon, Netflix, and Google (now officially Alphabet) collectively with the acronym FAANG. Others use FAAMG, which substitutes Microsoft for Netflix.6 Apple, Amazon, Microsoft, and Facebook, respectively, are the four most valuable companies in the S&P 500 index; Alphabet is ranked ninth.7

The FAANGs are household names because they already play a huge role in everyday life, but they are also bold innovators with lots of cash on hand. They aim to expand their influence further by developing new products (such as self-driving cars and virtual reality) and disrupting established industries (by facilitating payments and delivering groceries, for example).8

The Problem with Popularity

Many benchmark indexes are weighted by market capitalization (the value of a company’s outstanding shares), which gives larger companies an outsized role in index performance.

The same large-cap tech stocks dominate the index mutual funds and exchange-traded funds (ETFs) that track these indexes, and can also be found among the largest holdings of many actively managed mutual funds.10 It’s estimated that retail investors now own 60% to 70% of FAANG shares through mutual funds, ETFs, and direct ownership.11

Investors holding a mix of different funds for the sake of diversification could be surprised by the heavy concentrations of popular technology stocks if they eventually fall out of favor and prices fall.

Spreading investments among the 11 different sectors is a common way to diversify stock holdings. But over time, a core portfolio of diversified equity funds can become overweighted in a sector that has been outperforming the broader market.

The possibility of heavy losses from having a large portion of portfolio holdings in one investment, asset class, or market sector is known as concentration risk. This risk can build up gradually, so some investors with large positions in technology stocks may not be aware of the concentration level in their portfolios. Others could be ignoring the risk, possibly because they are overly optimistic about the sector’s future prospects.

The market returns of individual sectors of the U.S. economy tend to diverge at various points in the business cycle. But each business cycle is unique, and unanticipated shocks can sometimes disrupt normal trends. This makes it difficult for anyone to predict which market sectors stand to benefit in the months ahead. On the other hand, investors who “chase performance” and move assets into “crowded” sectors might be too late and could suffer losses instead.

There’s little you can do about uncertain economic conditions or the level of returns delivered by the financial markets, but you can control the composition of your portfolio. The risk profile of your investments should reflect your ability to endure periods of market volatility, both financially and emotionally. An appropriate asset allocation will largely depend on your goals, risk tolerance, and time horizon — factors you may want to review with your financial professional.

The S&P 500 index is an unmanaged group of securities that is considered to be representative of the U.S. stock market in general. The performance of an unmanaged index is not indicative of the performance of any specific security; individuals cannot invest directly in an index. Asset allocation and diversification are methods used to help manage risk; they do not guarantee a profit or protect against investment loss. All investments are subject to market fluctuation, risk, and loss of principal. Shares, when sold, may be worth more or less than their original cost. Investments seeking higher returns may involve greater risk. Sector funds tend to be more volatile than the market in general and may carry additional risks.

The information is not intended as tax, legal, investment, or retirement advice or recommendations, and it may not be relied on for the purpose of avoiding any federal tax penalties. You are encouraged to seek advice from an independent professional advisor. The content is derived from sources believed to be accurate. Neither the information presented nor any opinion expressed constitutes a solicitation for the purchase or sale of any security. This material was written and prepared by Broadridge Advisor Solutions. © 2017 Broadridge Investor Communication Solutions, Inc.

Important notice: You are leaving the Wells Fargo website